For hereditary information in DNA to be useful, it must be "expressed," that is, used to direct the growth and function of an organism. The first step in the processes that constitute DNA expression is RNA synthesis, through a template mechanism that in many respects is analogous to DNA replication. Because the RNA that is synthesized is a complementary copy of the information contained in DNA, the synthesis of RNA is called transcription.

There are three key differences between replication and transcription: (1) RNA molecules are much shorter than DNA molecules; only part of a DNA strand is copied or transcribed to form an RNA molecule. (2) RNA is constructed from ribonucleotides rather than deoxyribonucleotides. (3) The newly synthesized RNA strand does not remain associated with the DNA sequence from which it was transcribed. 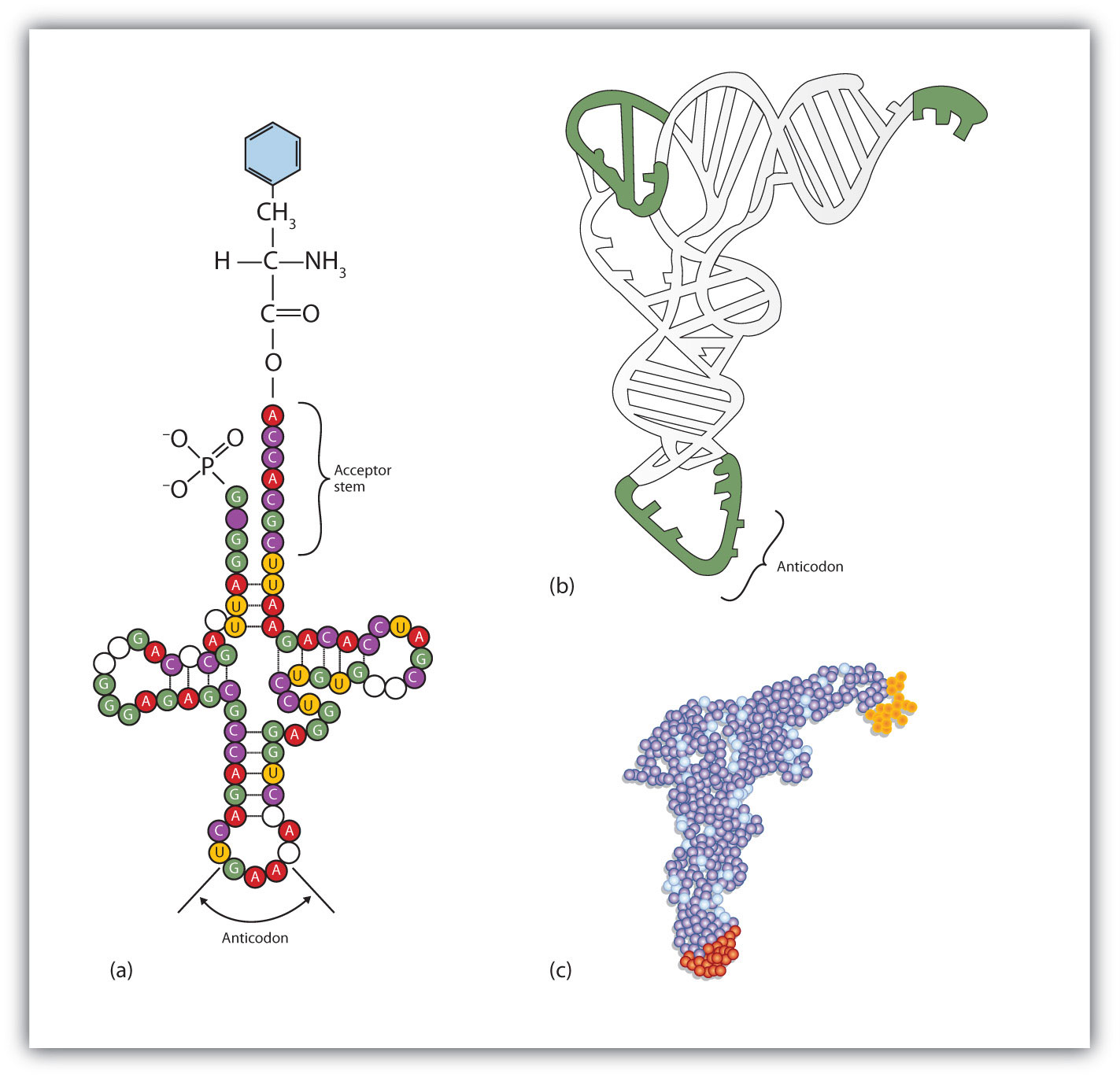 The DNA sequence that is transcribed to produce RNA is called the template strand, while the complementary sequence of the other DNA strand is called the coding or informational strand. To initiate RNA synthesis, the two strands of DNA unwind at specific sites along the DNA molecule. Ribonucleotides are attracted to the unwinding region of the DNA molecule, starting at the 3 'end of the template strand, according to the rules of base pairing.

Thymine in DNA requires adenine in RNA, cytosine specifies guanine, guanine requires cytosine, and adenine requires uracil. RNA polymerase, an enzyme, binds to the complementary ribonucleotide and catalyzes the formation of the ester bond between ribonucleotides, a reaction very similar to that catalyzed by DNA polymerase (Figure 28.4.1). Synthesis of the RNA strand occurs in the 5 'to 3' direction, antiparallel to the template strand. Only a short segment of the RNA molecule is hydrogen bonded to the template strand at any time during transcription. When transcription is complete, RNA is released and the DNA helix is ​​reformed. The nucleotide sequence of the RNA strand formed during transcription is identical to that of the corresponding coding strand of DNA, except that U replaces T.