To expand the live cell imaging toolbox, researchers from Colorado State University and the Tokyo Institute of Technology have developed a genetically encoded antibody-based probe that works with specificity in vivo. Probes constructed from antibodies were genetically fused with mature fluorophores. When loaded into cells, the probes bind and illuminate specific targets (epitopes) within the proteins of interest as soon as the epitopes are accessible. The probe, called the human influenza hemagglutinin (HA) frank body, can illuminate, in multiple colors, HA-tagged nuclear, cytoplasmic, membrane and mitochondrial proteins in various cell types. 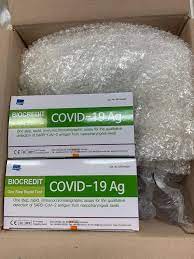 Like sewing new limbs into a body, hence the name "frankenbody," the scientists took the binding regions of a normal antibody and grafted them onto a different scaffold that remains stable in living cells but retains the specificity of the antibody. In order to make their tool immediately useful, the scientists designed their probe to work with the classic HA tag. “For a long time, people have been looking at HA-tagged proteins in fixed dead cells. Now we can image the dynamics of these proteins in living cells, ”said Professor Tim Stasevich.

The new probe could be a useful complement to green fluorescent protein (GFP), a biochemical tool and the subject of a Nobel Prize that involves the genetic fusion of a lit green tag with a protein of interest. GFP is limited by its relatively large size and the time it takes to fluoresce. With franken's new body probe, the tag is smaller and fluoresces faster, so the activity of a protein of interest can be captured in real time.

"We are interested in intracellular antibodies because you can use them as imaging reagents in a living cell," Stasevich said. "You don't need a tag, like a green fluorescent protein, because instead you have this fluorescent antibody that will bind to the protein that you want to visualize."

The versatility of HA frankenbody could make it a powerful tool for imaging protein dynamics in vivo, the researchers believe. Stasevich's team is particularly interested in studying RNA translation, and the team plans to use the new system to more easily design new RNA imaging experiments.