James Crick (co-founder of the secondary structure of DNA) proposed that DNA is an information storage molecule capable of replicating itself. Furthermore, he proposed that the information being transmitted had to be "read" by a manufacturing organism within the cell that linked amino acids into a specific sequence that ultimately synthesized a protein. This became known as the central dogma of molecular biology.

Central dogma predicts that DNA serves as a template for the direct synthesis of a messenger RNA (mRNA) molecule, in a process known as transcription. Second, mRNA is "read" onto a ribosome by transfer RNA (tRNA), which work together to assemble a specific chain of amino acids, which are assembled collectively to generate a protein, a process known as translation. 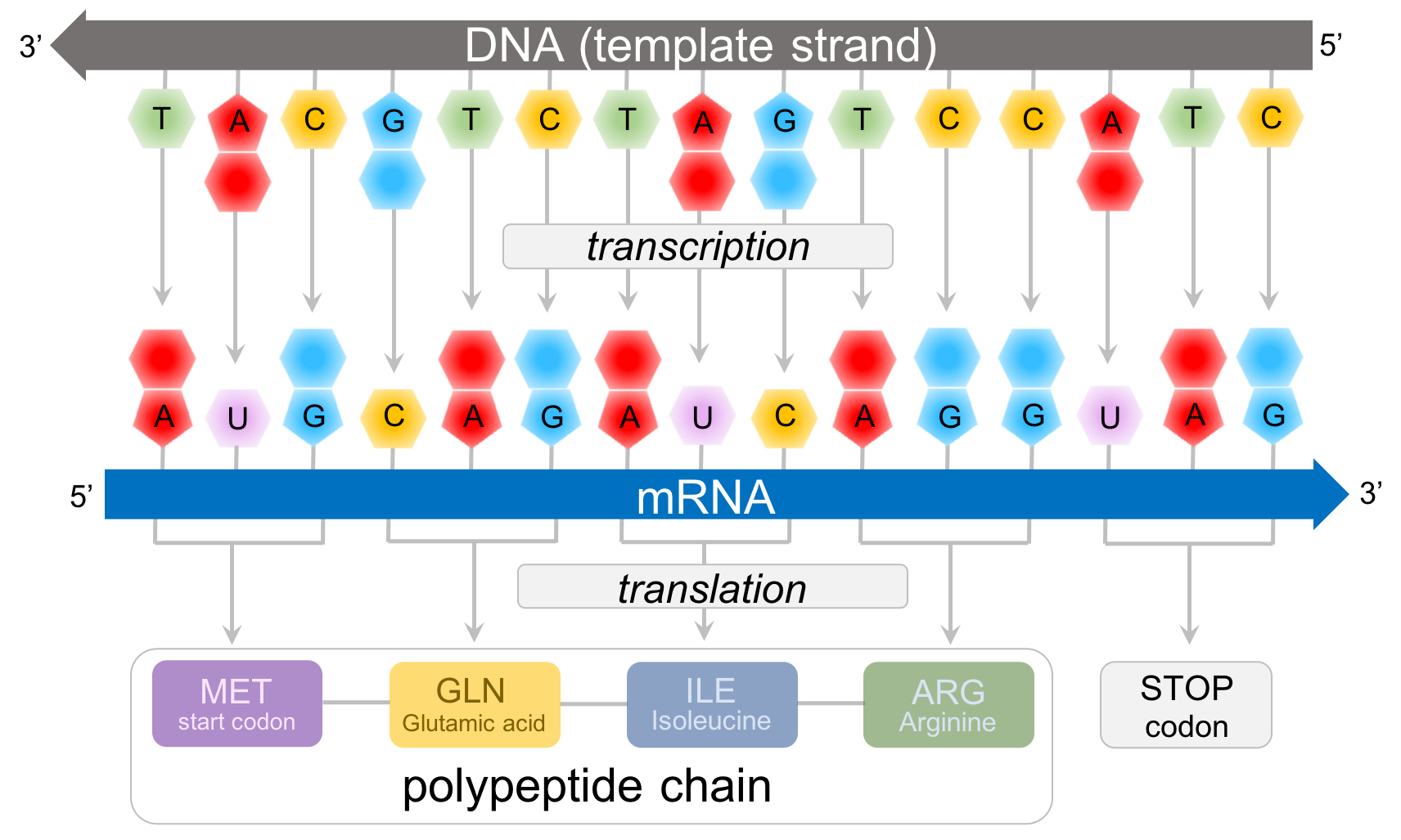 Messenger RNA is just one of the seven main types of RNA. Some are also involved in protein synthesis (such as transfer RNA). And DNA directly encodes these RNA molecules. So the information flow in this case would simply be from DNA to RNA. The other big exception to this dogma, the flow of information is reversed. Some viruses, for example, have genes made up of DNA. When these viruses infect a cell, the viral RNA synthesizes DNA. So, in this way, the information flow would be from RNA to DNA. But while there is an exception to dogma, the central dogma of molecular biology encompasses the flow of information most important to life. DNA codes for RNA and that RNA codes for proteins.

RNA replication is the copying of one RNA to another. Many viruses replicate in this way. Enzymes that copy RNA into new RNA, called RNA-dependent RNA polymerases, are also found in many eukaryotes where they participate in RNA silencing. RNA editing, in which an RNA sequence is altered by a complex of proteins and a "guide RNA", could also be considered an RNA to RNA transfer.