Of the four fundamental interactions, the weak force has the shortest range and does some of the most peculiar things, like changing the taste of quarks, governing neutrino interactions, and violating parity - nature's mirror symmetry. Recent measurements of ytterbium have produced the largest parity violations ever observed in an atom.

Ytterbium was discovered in 1878, but until it recently became useful in atomic clocks, the soft metal rarely made the news. Now ytterbium has a new claim to scientific fame. Measurements with ytterbium-174, an isotope with 70 protons and 104 neutrons, have shown the largest parity violation effects on an atom ever observed, one hundred times larger than the most accurate measurements made so far with the element cesium.

“Parity” assumes that, on the atomic scale, nature behaves identically when left and right are reversed: interactions that are otherwise the same but whose spatial configurations are changed, as if seen in a mirror, they should be indistinguishable. It sounds like common sense but, surprisingly, this is not always the case. 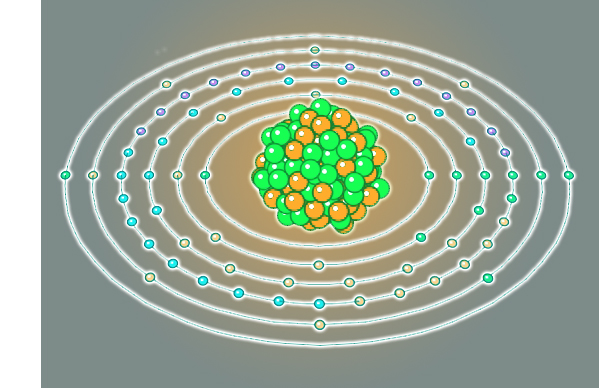 "It is the weak force that allows the violation of parity," says Dmitry Budker, who led the investigation team. Budker is a member of the Division of Nuclear Sciences at the Lawrence Berkeley National Laboratory of the US Department of Energy and a professor of physics at the University of California at Berkeley.

Of the four forces of nature: strong, electromagnetic, weak, and gravitational, the extremely short-range weak force was the last to be discovered. Neutrinos, having no electrical charge, are immune to electromagnetism and only interact through the weak force. The weak force also has the amazing ability to change the taste of quarks and to convert protons to neutrons and vice versa.

Violation of parity: neutrons and the weak force

Protons alone last forever, apparently, but a free neutron falls apart in about 15 minutes; it becomes a proton by emitting an electron and an antineutrino, a process called beta decay. What makes beta decay possible is the weak force.

Scientists long assumed that nature, on the atomic scale, was symmetrical. It would look the same not only if the left and right were reversed, but also if the electrical charges of the particles involved in an interaction were reversed, or even if the whole process was going backwards in time. The conjugation of charge is written C, parity P, and time T; Nature was thought to be C invariant, P invariant, and T invariant.

In 1957, researchers realized that the weak force did not follow the rules. When certain types of nuclei, such as cobalt-60, are placed in a magnetic field to polarize (align) them and then allowed to undergo beta decay, they are more likely to emit electrons from their south poles than from their north poles.

This was the first demonstration of a violation of parity. Before the 1957 cobalt-60 experiment, renowned physicist Richard Feynman had said that if P's violation were true, which he doubted, something long thought impossible would be possible after all: "There would be a way to distinguish the right from the left ".

It is now clear that many atoms exhibit a parity violation, although it is not easy to detect. The violation of P has been measured most precisely on cesium atoms, which have 55 protons and 78 neutrons in the nucleus, by using optical methods to observe the effect when atomic electrons are excited to higher energy levels.